For 17+ years, the physical therapists at Quality Performance Rehabilitation have worked one-on-one with our patients. Their attention to detail has helped patients reach their rehab goals much quicker. We don’t want you to suffer through life living with aches and pains; we want you to thrive, pain-free! We have many satisfied patients who have used our physical therapy, sports medicine, and vestibular rehabilitation programs to regain functional abilities and restore their quality of life. You owe it to yourself to receive the best care in the area. 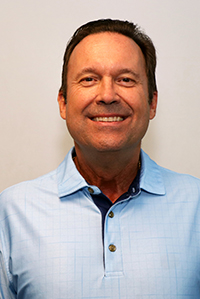 Tom graduated in 1986 with an Associate of Science degree in Physical Therapy Assisting from Broward Community College and earned his Bachelor of Science in Physical Therapy in 1989 from Florida International University. He has practiced in both outpatient and acute care settings since August 1986. In 2001, he opened Quality Performance Rehabilitation with business partner Patrick Neveux, PT, MSPT.

Tom is an entrepreneur at heart and began his career in private practice because of the increased autonomy and ability to provide high-quality, outcome-based patient care. He is highly skilled in the evaluation and treatment of general orthopedic and neurological conditions, occupational physical therapy and has obtained additional training in the evaluation and treatment of balance and vestibular disorders. Tom is a member of the American Physical Therapy Association and the Florida Physical Therapy Association. 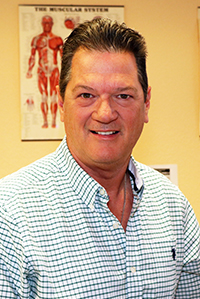 In 1999, Mr. Neveux opened Quality Performance Physical Therapy which transitioned to Quality Performance Rehabilitation in 2001 when he partnered with Mr. Thomas Fischer, PT. His enthusiasm for treating a wide variety of conditions sparked Mr. Neveux’s interest in private practice as he felt he would have more opportunities to partner with the community and could provide physical therapy services to a wider patient population. He is highly skilled in the evaluation and treatment of general orthopedic and neurological conditions, sport-specific injuries and has obtained additional training in balance and vestibular disorders and ETPS Neuromechanical Therapy.

Mr. Neveux is a member of the American Physical Therapy Association and the Florida Physical Therapy Association. His areas of interest include orthopedics and professional athletic sports health. Mr. Neveux has served as the President for the St. James Orthodox Council, and as a board member for Sarah’s Kitchen. He enjoys tennis, fishing, boating, and helping others.

Tom Langer, PT, CSCS is the clinic director of our clinics in Ft. Pierce, Florida. He has spent his physical therapy career practicing in outpatient orthopedic and sports rehabilitation facilities, specializing in sports medicine and rehabilitation. Tom has experience treating a variety of diagnoses and has had great success in treating the shoulder, knee, spine and sports-related injuries with a focus on returning to sport. Tom has worked with current and retired athletes from the NFL, MLB, NBA, NHL, MLS (major league soccer), arena football league, and professional wakeboarders, gymnasts from Cirque du Soleil, and college- and high-school-level athletes for their physical therapy rehabilitation.

Tom was honored to work closely with the Special Olympics Florida and served as clinical director and state director of FUNFitness, the physical therapy division of the Special Olympics, for nine years in a volunteer capacity. Tom has also been honored in the media, as his physical therapy knowledge has been featured during on-air segments on the Orlando-based FOX 35 television news station.

Tom received his Master of Science in Physical Therapy from the University of Central Florida in 2008 and his Bachelor of Arts from Rollins College in Orlando, Florida in 1999. As a proponent of education, Tom has proudly been a clinical instructor for physical therapy students and is a strong supporter of the art & science of physical therapy.  He believes that education to both his patients and his student interns is paramount to successful outcomes.  Tom has been an adjunct professor of Kinesiology and Anatomy & Physiology at the Physical Therapy Assistant Program at Seminole State College.  Recently, Tom was honored as a featured alumnus by the faculty and staff at the University of Central Florida.

Tom Langer is dedicated to providing the highest level of patient care, successful outcomes, and a focus on the evidence-based practice of physical therapy.